Release 1.5 - Vehicle tags and external notes
Back to all posts 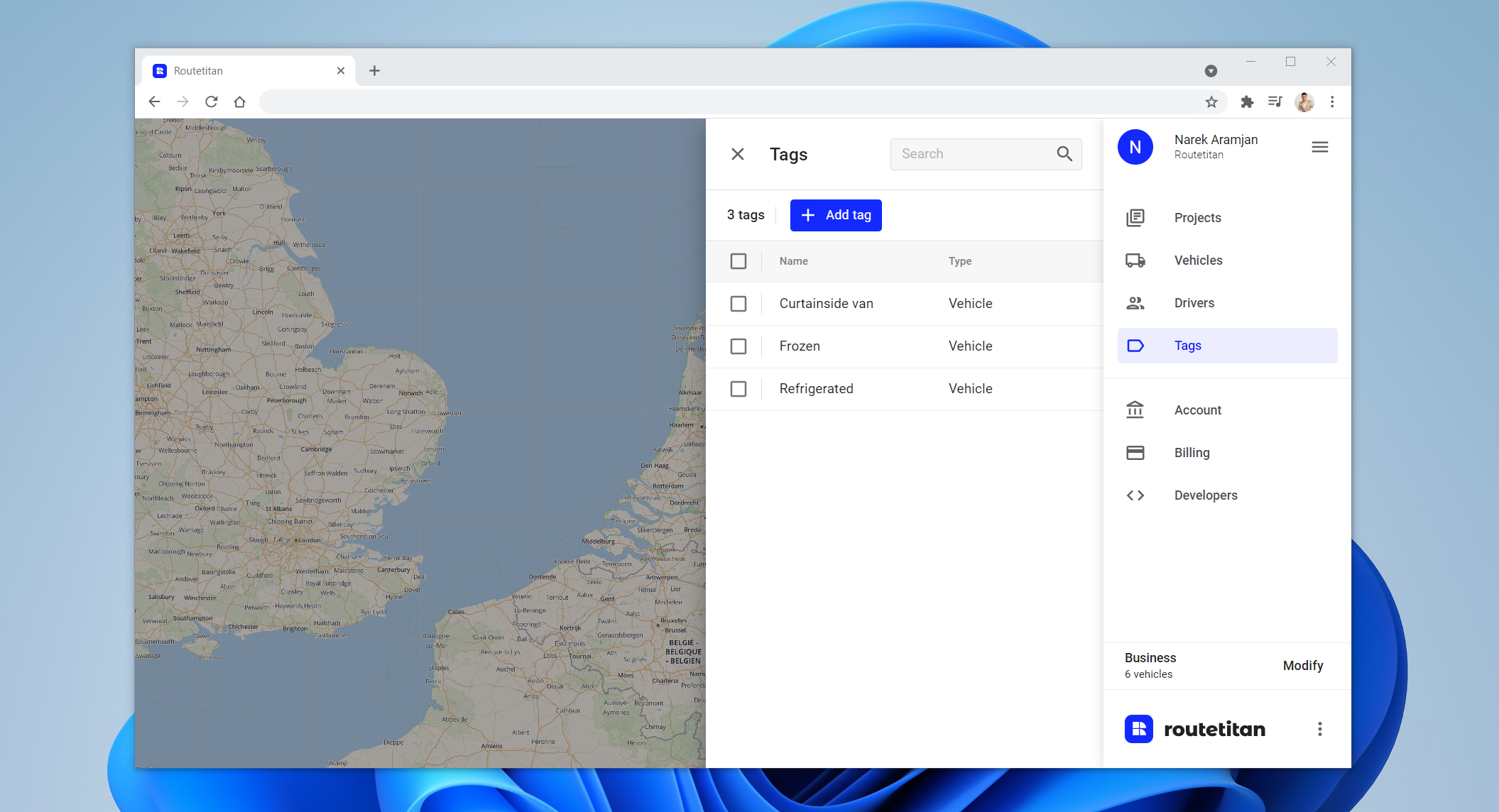 The way this works is by first creating a vehicle tag, “refrigerated” for example. Then you would add this tag to the vehicles that have a refrigerated holding area. And finally, you would add this tag to stops that need to be transported by a vehicle that has a refrigerated holding area. Now when you optimize the project, Routetitan will make sure that the stops that were tagged with “refrigerated” are assigned to vehicles that have the same tag.

Drivers were always able to leave a delivery note when completing a stop via the Driver App. This note was visible inside the project and also for the customer. But sometimes you don’t want a delivery note to be seen by your customer. Therefore we’re introducing the internal & external notes feature.

Whenever a driver is completing a stop they’ll have the option to enter an internal note or an external note. Internal notes are only visible to you inside the project. External notes will also be visible to customers in the My Routetitan pagina where they can follow their shipment.